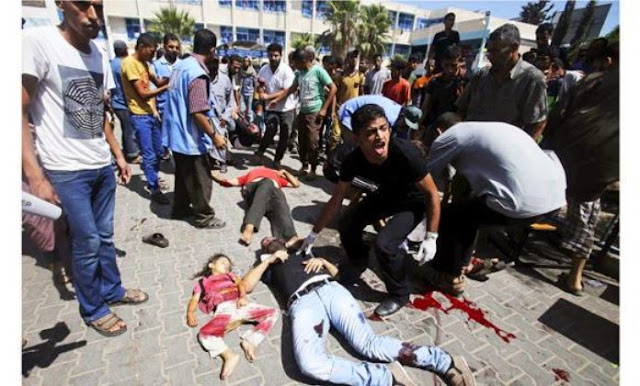 We see her being picked up by a man with a striped shirt, presumably to get her help... 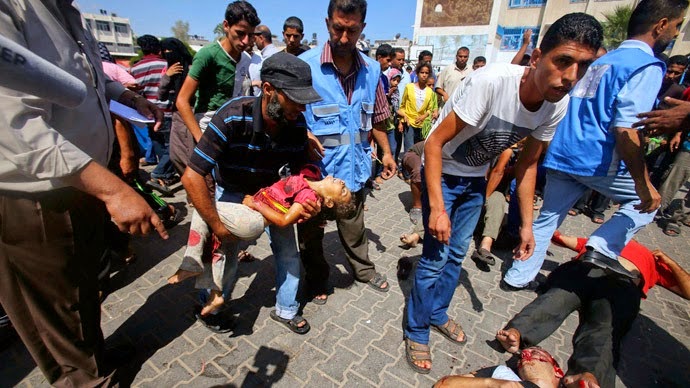 Here's the same striped shirt guy. We see him again here, with the girl in a somewhat different position than she was in Photo 1: 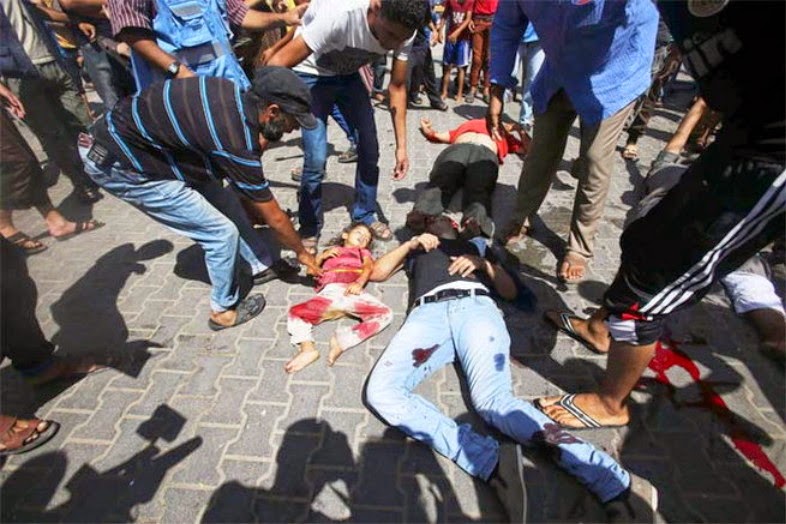 It doesn't look like he is reaching down to pick her up.He is putting her down and arranging her next to the dead jihadi!Wouldn't it be great if we had video of that?They put her down, another looks like he wants to pick her up but he waits for more photographers to take their shots.

I don't know if the girl is a ghoulish prop or if she is alive, but this shows that no one seems very concerned about getting her to an ambulance.After the obligatory photo shoot, then a man can start running with her for more good shots, presumably, to get help: 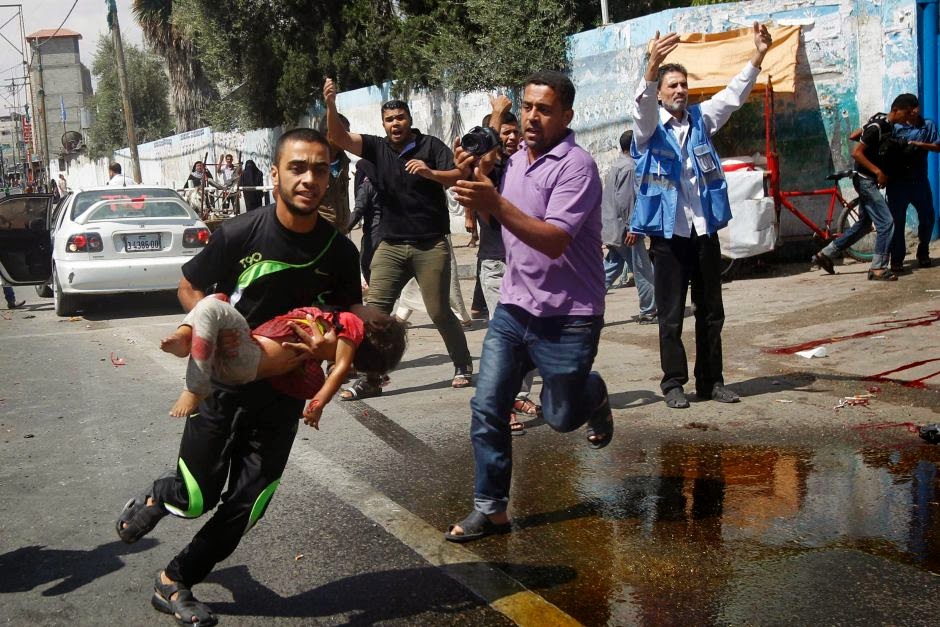 Once he is a bit further away, his urgency in running seems to flag a bit: 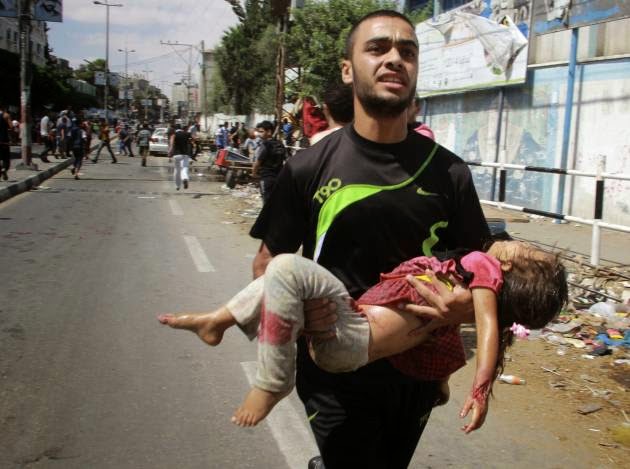 op - even the drag marks are visible, as Thomas Wictor shows.The Gazans know that photos are worth more than bullets. Yesterday's

hysterical condemnations based on Pallywood photos proves their case.And the photographers are in on the scam.The question is, are the journalists?
Share to:
Posted by Unknown at 11:17 PM